French television network TV5Monde – which broadcasts to more than 200 countries – has suffered an “unprecedented” cyber attack, taking 11 channels off air.

TV5Monde’s Twitter account was unaffected, and it was this channel that the broadcaster used to announce the incident:

Translation: “Our sites, our social networking accounts, our satellites were hacked yesterday, shortly after 22H.”

Yves Bigot, the network’s director general, told AFP: “We are no longer able to broadcast any of our channels. Our websites and social media sites are no longer under our control and are all displaying claims of responsibility by the Islamic State.”

Early on Thursday, M. Bigot told RTL that: “We can only broadcast pre-recorded programmes. We are not yet in a position to re-establish our broadcasting schedule nor to produce programmes..

“When you work in television… and you find out that your 11 channels are down, of course that’s one of the most dreadful things that can happen to you.”

Documents – supposedly the identity cards of French soldiers involved in anti-ISIS operations – were posted on the network’s Facebook page, along with threats against the soldiers.

One of the messages read: “Soldiers of France, stay away from the Islamic State! You have the chance to save your families, take advantage of it.”

Control of the social networks was regained by 2 am Thursday but the broadcaster’s website is still unavailable, displaying the message “Nous sommes actuellement en maintenance. Merci pour votre patience.”

Translation: “We are currently in maintenance. Thank you for your patience.”

Nobody yet knows how the attack was carried out, but M. Bigot said that it would have taken weeks of preparation. 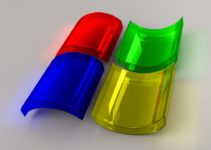