August was the third leakiest month of the year so far, with a massive 99 recorded data breaches and cyber attacks.

As always, we look at some of the more notable incidents involving European organisations in this blog.

The same month that Ireland’s Heath Services was revealed to have leaked 1,400 medical files since 2018, County Cork woman Rachel Healy revealed that she was twice emailed medical files containing other patients’ diagnoses.

Healy told the Irish Mirror that she deleted the file she received from Union Quay Medical Centre, but after the second breach she felt compelled to make the incident public.”

She added: “After receiving both files within nine days I started to think, ‘has my medical information from any practice ever gone to someone it shouldn’t have?’

“Ireland is so small. If I had wanted to, I had all of that woman’s information and I could have contacted her or if the file got into the wrong hands it could have appeared on social media.

She added: “I believe it’s easy for patients to receive stuff via email but I don’t think medical results or medical information should be in any way emailed to people. If you have to send information like that, post it.”

In a statement, Union Quay Medical Centre said it had taken corrective action, including an investigation into how the incident occurred and a data breach report to the data protection commissioner.

Meanwhile, myclinic.ie said: “Like any GP practice we adhere to all GDPR laws and guidelines and handle our patient records with the highest level of sensitivity.

The state-run organisation provides chauffeurs for parliamentarians and comprises 33,500 vehicles in 160 locations across Germany.

An initial investigation found that the BWFU’s IT network was compromised, but it’s not clear what information or systems were accessed.

In a letter to governing and opposition parliamentary groups, the Bundestag confirmed that “The attacker and the concrete targets of his [sic] attack are not known.”

The German defence ministry said that the incident resulted in all electronic links to clients – including the ministry itself, the military and the federal parliament – being capped.

“In addition, the (BWFU) management has called in a company specialized in the analysis and rectification of damage caused by such incidents.”

Personal details of staff released in Irish government IT breach

Staff and former staff at Ireland’s Department of Employment Affairs and Social Protection learned last month that their data had been inadvertently shared within the organisation.

The leaked data included pictures of staff displaying their PPSN (Personal Public Service Numbers), as well as elements of their personal files.

In a statement, the department confirmed the breach but didn’t disclose how many people were affected. However, it did confirm that customer data wasn’t involved. 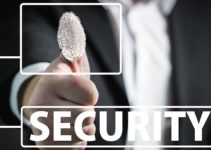 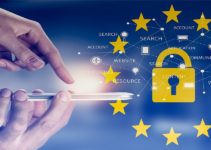