The online edition of Le Soir – Belgium’s biggest French-speaking newspaper – was offline for a number of hours after Belgian media group Rossel was targeted in a cyber attack.

“‘Le Soir’ is regularly attacked by hackers,” said newspaper director, Didier Hamann, on Twitter. “But this time the firewall is not working as usual.”

The website was down from 19:00 local time Sunday evening until early Monday morning, after editors were left with no choice but to disable the website.

The attack affected all of Rossel’s sites, including Sudpresse, but did not affect the print edition of the paper.

It is not yet known who is behind the attack on Le Soir, but the website’s lack of security has already been exposed and IT teams within Le Soir should be working hard to implement more stringent security controls to prevent an attack like this happening again. 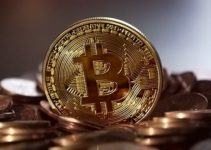