All merchants and service providers that process, transmit or store cardholder data must comply with the PCI DSS – although there are different compliance requirements depending on how many transactions you process.

Organisations that fail to achieve PCI DSS compliance face fines of between $5,000–$100,000 (about €4,200–€84,000) per month. If organisations repeatedly violate the PCI DSS, their acquiring banks may prohibit them from accepting payments using their cards.

But PCI DSS compliance isn’t just about the privilege of accepting payment card brands. There are also plenty of ways you’ll benefit from meeting its requirements. Let’s take a look at four of them in this blog.

The most obvious benefit of PCI DSS compliance – and the primary reason its controls exist – is to reduce the risk of security incidents.

When organisations adopt its requirements – creating firewalls, encrypting data, developing an information security management system, and so on – they make shore up the most common weaknesses that attackers exploit.

With improved information security comes a better relationship with your customers and other stakeholders.

There is a growing public acceptance that cyber attacks can happen to any organisation, so people are increasingly demanding that organisations appreciate the risks.

If a business can demonstrate that it takes information security seriously, which PCI DSS compliance can do, then the public will be more confident using its services.

This isn’t even predicated on the assumption that the organisation prevents data breaches altogether.

In fact, if a business that comes under attack responds appropriately – particularly if they follow Requirement 12 of the PCI DSS, which specifies the steps that must be taken in the event of a security incident – it may even strengthen its reputation.

Under the PCI DSS, fines are imposed on the acquiring bank, which are usually passed on to the organisation in question.

Unlike the GDPR (General Data Protection Regulation), penalties under the PCI DSS accrue monthly until the organisation reaches compliance. As such, they can quickly stack up or else force the organisation to rush headlong into implementing its requirements.

With the GDPR giving supervisory authorities the power to issue penalties of up to €20 million, there will be severe consequences for compliance weaknesses.

In a similar vain to our previous point, PCI DSS compliance can demonstrate that your security practices are in line with global standards.

The Standard’s requirements were created by five of the world’s biggest payment card firms, and by achieving compliance, you align yourself with other trusted, international retailers.

You can get started now with your PCI DSS compliance project with the help of our PCI DSS Documentation Toolkit.

It contains everything you need to implement the Standard’s requirements, including template documents and a document checker to ensure you select and amend the appropriate records.

The toolkit supports all self-assessment questionnaires, regardless of your specific payment scenario.

It’s fully aligned with the PCI DSS, so you can be sure that your policies are accurate and compliant. All you have to do is fill in the sections that are relevant to your organisation. 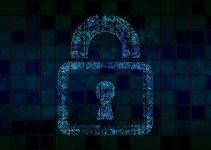 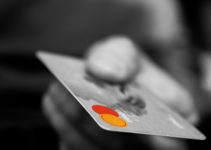 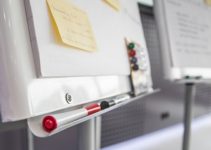