Around 19,000 French websites have been attacked in the last few days by “more or less structured” groups, according to France’s cyber defence chief, Adm. Arnaud Coustilliere.

“That’s never been seen before. It’s the first time that a country has been faced with such a large wave,” he said.

The attacks were primarily minor denial-of-service attacks and hit a wide range of websites, from military regiments to pizza shops.

Some of the attacks are believed to be from some well-known Islamist hacker groups and are thought to be in response for Anonymous’ vow to avenge the Paris shootings.

The cyber attacks have come as France is recovering from the Charlie Hebdo attack, which was perpetrated by individuals with links back to Al Qaeda.

The hacker’s messages have appeared on multiple French sites, so it is likely that attackers broke in by exploiting a commonly available platform or other security flaw.

As more and more breaches hit the headlines – and more and more are unreported – what are you doing to protect yourself from a cyber attack and its associated costs?

Penetration testing will identify potential vulnerabilities in your infrastructure and web applications, and provide recommendations to improve your network security. 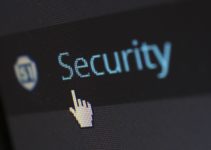